Confessions of a real estate agent

Hello you, it's nice to see that you'd like to get to know me better.

I already hinted that this article was coming because most of you are wondering about the reason why I started working in Real Estate. So, it all started when I said my first word as a baby… Kidding! Honestly, I had other plans, I wanted to be a lawyer specialized in criminal law and in an earlier stage I always wanted to become an architect. Funny right?

I will tell you what happened between now and then, basically I'm leaving out the details because otherwise I could write a book about everything that I had to conquer to get where I am today. So it may sound like child's play... but have a latte with me and you'll hear that it was not an easy road. I had to fight and stand my grounds in a man's world.

When I was about 18 years old, I graduated at Sint-Ludgardis as an economics and modern languages student. At that point I was ready for a new challenge, so I started a bachelor in laws at the AP Hogeschool in Antwerp. Not the easiest decision I had to make, I mean how are we supposed to choose the outcome of the rest of our life at that age?!

Anyway, after 2 years of seeing the big picture in laws and bussiness courses, we had to choose a specialization in our 3rd year. At that point I decided to go for real estate, just because those courses also interested me the most.

After a while, it was time to put the knowledge into practice, we had to start looking for an internship. I immediately contacted Engel & Völkers, because I wanted to work for an internationally known company in order to get as much knowledge about the real estate market as possible. And if at some point in my life I would decide to leave Belgium, this would make great reference. I’m guessing that my curiosity and drive got me that internship, I was thrilled to start a new adventure.

Because the tasks had to be compatible with my studies, I had to focus on administrative & legal work. Like contracts, notary affairs, keeping files…. But I could also accompany some of the real estate agents to get to know all the aspects of a realtors' life. After a while, I got tired of doing only paperwork so I asked if I could work on a few rental files. I really started to grow after getting a few of those rentals, and after my graduation as a bachelor in laws, I was offered a permanent place in the Antwerp Team as Team Assistant and Rental Agent. Honestly, I doubted for a second, because it was my plan to go for a Master in Laws, but because the opportunity presented itself, I decided to take a leap of faith. 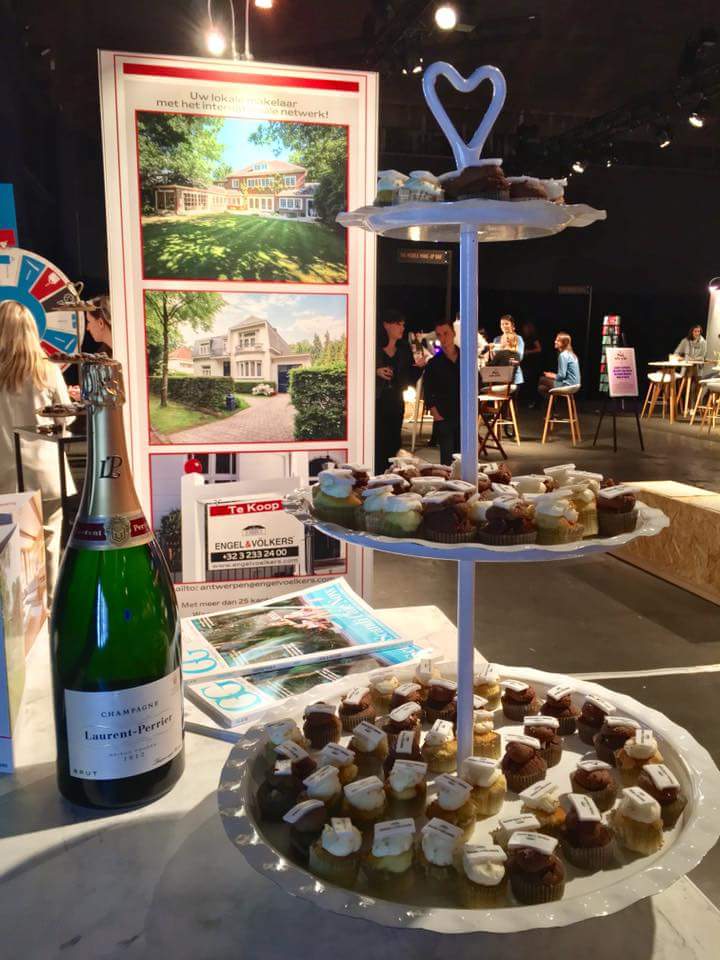 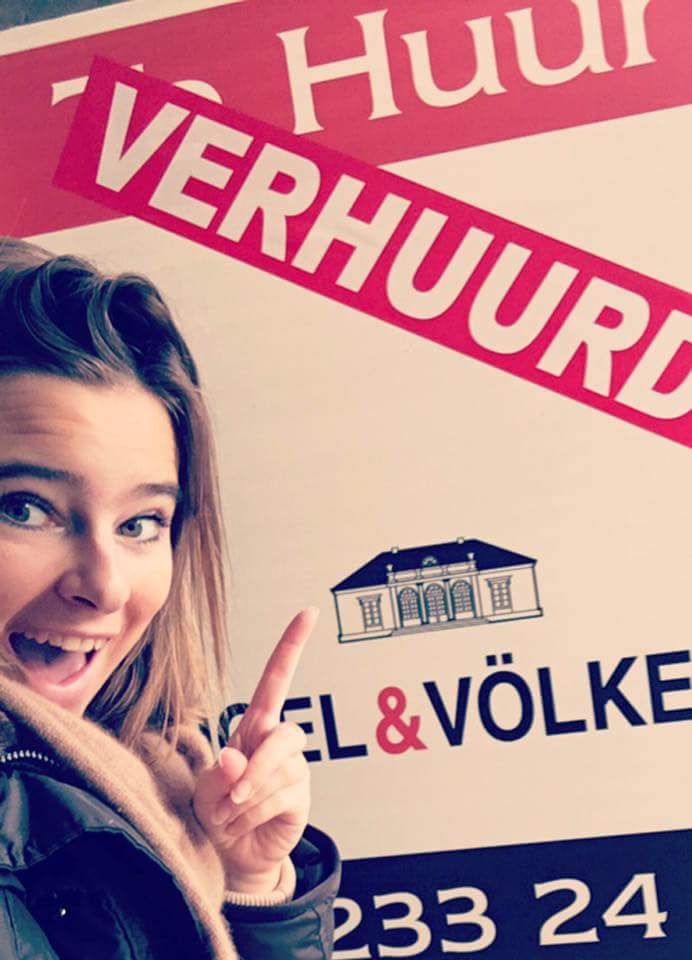 For about 6 moths, I did this administrative job combined with the rentals. I that time; I planned a lot of events, I did office work, legal work, rental files... I was busy but not really feeling it. As ambitious as I am, it just felt not quite enough for me. The administrative work wasn’t my thing... Being out there, discovering properties, making new contacts… It made me feel alive, it made me feel independent. So I took my chances and asked if I could prove myself in sales.

Actually, it was a must for me at that time, I felt that the current situation was going to make me unhappy in my place of work. I do have to admit that starting in this traject was THE best schooling for the real estate world. You know what documents you need, how to get them, you know a contract by hard... With the rental files you develop negociation skills, property knowledge, market knowledge, feeling with clients... But I HAVE to tell you that you always have to trust how you feel and that every situation has a way out! Don't be afraid to fail, be afraid not to try!

We’re January 2017 now, we have a new Team assistant and I’m offered a region to operate as a Sales Agent in Antwerp so I can start building up my portfolio. Was I a 100% ready? Of course not, every beginning is hard but I’ve been watching from the sideline for long enough now to know how it works. Was it hard in the beginning because a was a 20-year old girl? Did people take me for granted because of that? NO! I have to admit that it scared me at first, but if you're confident and you know what you're talking about, and you kan provide the service your client needs... Then age is just a number.

I never changed, I just became a stronger version of me. Don't ever change who you are, don't let anyone tell you that you're not good enough. I always stayed true to myself stubborn and colorful self, and people appreciate that.

My first sale was an apartment to a young couple who bought their first home together. And that set a tone for a big amount of deals in 2017. Even my first million euro deal was made in 2017! I was really on a roll. I believed in myself and somehow knew that I had made the right decision.

In April 2017, I started working as an independant real estate agent for Engel & Volkers, meaning that I had to start a sole proprietorship. A big step at the age of 21, but I wanted to start my BIV internship in order to get my recognition as a real estate agent, in my nex article I will explain to you what this was about and how it works. I will explain the steps to become an agent. 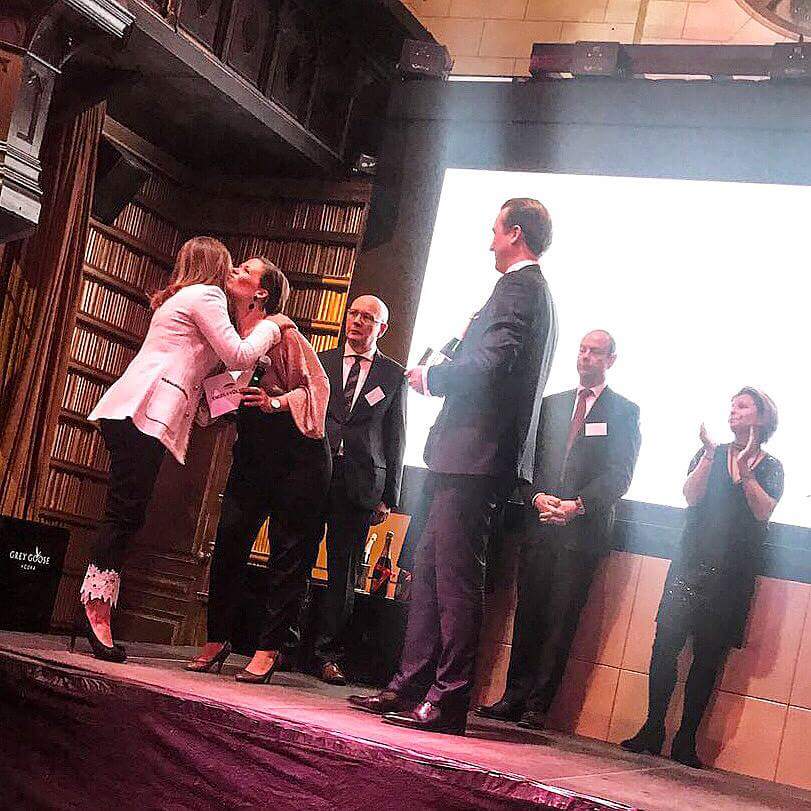 I got rewarded for my efforts on our annual agent party as the “best newcoming sales agent of 2017”. Honestly, I did not see that coming at all! Being the best selling new agent of E&V BeNelLux was proof that hard work really does pay off.

As of today, I’m still making deals. It's hard work, it’s not a 9 to 5 job. It’s very unpredictable. You never know what a day will throw at you or who a day will throw at you. Some files are easy, some are really really hard. I had my part in difficult files already and I can tell you, it’s important the you’re persistant and always stick to what you believe in.

Message to everyone: don't ever give up. If you want something, you'll achieve it. Do you feel like you don't know what you want yet? Don't stress over it! Everyone finds their way, some people just find it sooner than others. Still feel like studying? DO IT! College isn't for you? Start working immediately.

I will end this article with sharing the most applicable quote to my journey as a real estate agent:

I always did something I was a little not ready to do. When there's that moment of; "Wow I'm not sure I can do this," and you push through those moments, that's when you have a breakthrough."

I believe in you, good luck!

What costs are there in a real estate transaction and who pays for them?

The story behind Gaulthier the realtor dachshund

How about renting a property first?